Dawn in the Naliboki forest: mist over the marshes and bats skittering in birch trees. Above the clearing, stars are fading into a pale sky. We’re in deepest God-knows-where in one of Europe’s largest wild forests. Zoologist Vadim Sidorovich crouches in the half-light studying the track; I’m barely breathing, so intense is the silence. A brown bear, Vadim says. He traces a finger over the prints of its front paws, and – two ovals – its back paws. I can see the claw marks. A dozen bears roam this part of the forest.

But we’re not really here for bears: 30 minutes later we’re gazing at a meadow haloed in golden light, with roe deer grazing in long grass. This is wolf territory. The 2,000 sq km Naliboki, in central Belarus, also has one of the world’s highest densities of lynx, elk, bison, storks and eagles. Tour operator Explore’s new long weekend to Belarus, however, is all about wolves.

After a day in the capital, Minsk, visitors spend two nights with Vadim and his family – research assistant wife Irina, their children and their dogs, one a half-breed wolf – at a forest eco-station. It feels like the home of a fairytale woodsman, with handmade terracotta tableware and furnishings made of pine logs. Wifi? Even the mobile reception is sketchy. “I like peasant life,” Vadim says. “People in this forest two centuries ago were happier than a billionaire.” 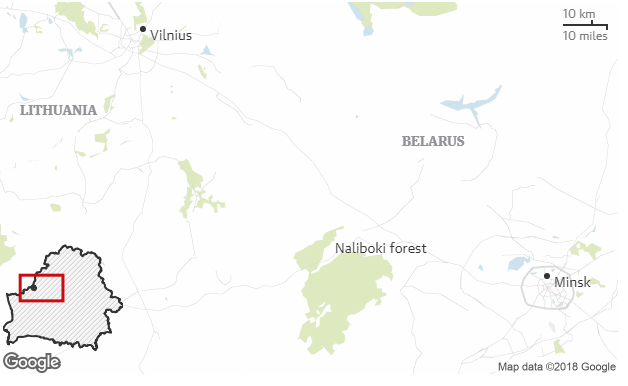 A former university professor, Vadim quit academia 15 years ago for research in the Naliboki. (His blog, Zoology by Vadim Sidorovich, is interesting if niche reading.) Wolves are his speciality. Around 40 migrate into the forest from late September to breed, quadruple that number by late January. Shy, nocturnal and swift, wolves make elusive subjects – part of their fascination, I guess. For Vadim, “to see one is God’s gift”.

That afternoon, we walk deep into the mossy forest. As we peer into abandoned dens, Vadim chats about wolves as if they are old friends: why a mother rotates cubs between 30 or so dens; how most cubs are killed by lynx, which see wolves as competitors; that pack members take turns to cub-sit. 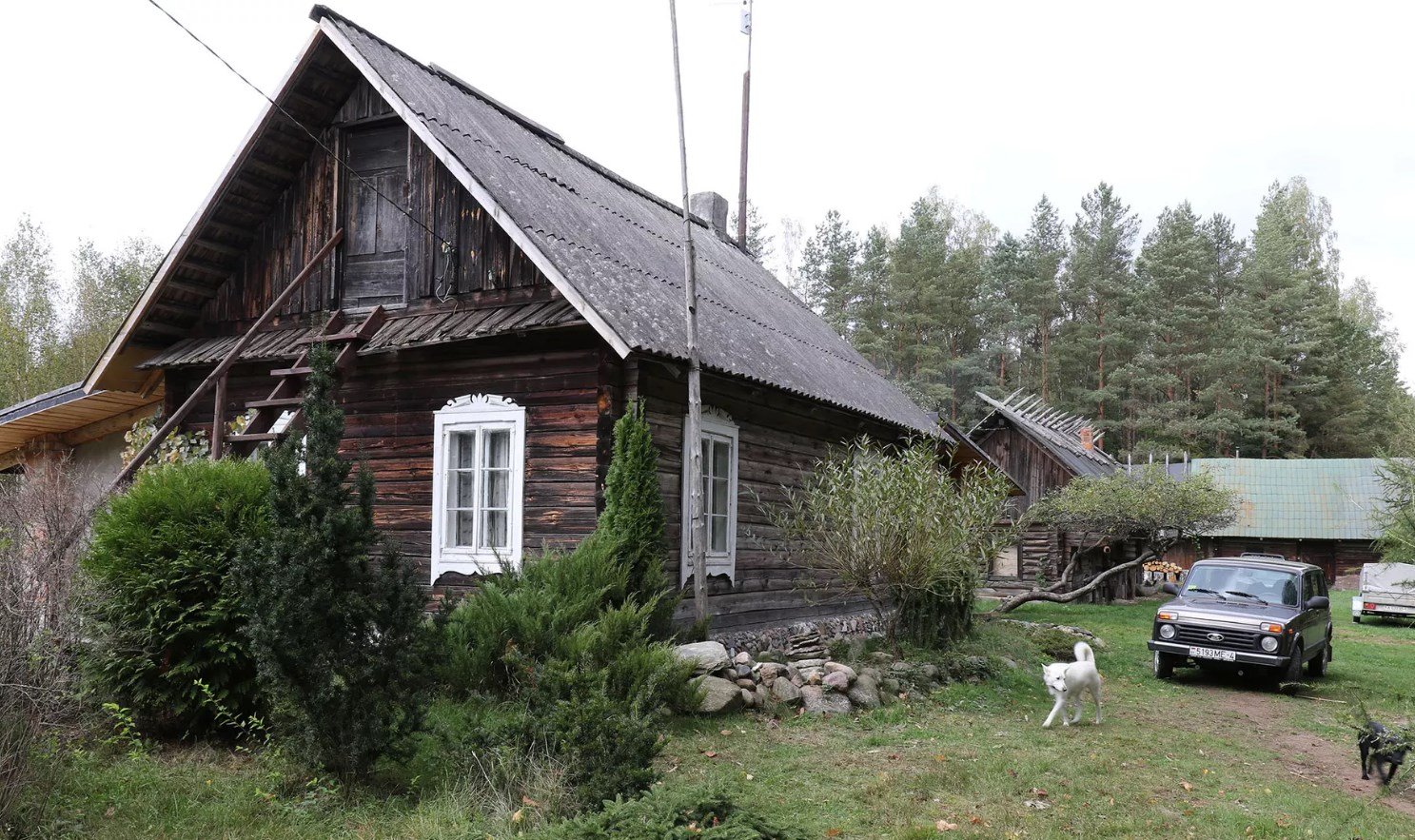 We’re en route to his motion-activated cameras. Vadim’s hoping for images of a wolf and her cubs that he’s been tracking – each year fewer wolves breed here. I’m hoping to quell a creeping unease. Brooding, preternaturally still, the forest has closed around us.

In western Europe, huge, dense forests come loaded with terror – like Red Riding Hood or Hansel and Gretel, you enter at your peril. In Belarus, they see forests differently: the Naliboki is a larder stocked with berries and mushrooms. It’s also a refuge, where second world war partisans hid when Belarus was crushed between Soviet and German troops.

It still is a refuge, really. Vadim says: “For me, the forest is like home for a child. It is a warm feeling. Here, you forget about authorities. You live like the grasses grow.”

By the end of my stay I’m not sure who needs the Naliboki more – the wildlife or him.

After two hours we reach the cameras. Images show a bear crossing a stream, a lynx on a fallen trunk, an elk and her calf, a truffling wild boar and there, finally, a silver-brown wolf, trotting away. But no cubs. Vadim is worried that the forest no longer supports cubs. On successive jeep safaris we see capercaillie, foxes, deer, white cranes and storks, and all kinds of raptors. Vadim points out a tree scratched by wolf claws. But cubs? No sign.

On our last evening, Vadim leads me alongside a swampy channel. You can tell that bison are close: grass where they’ve rolled looks like it’s been rotovated; trees are tufted with black hair where they’ve scratched. There’s a hot, musky animal stink. As we turn a corner there’s a rumble of hooves and the snapping of branches as something large smashes away. It stops. Among the trees, I can make out two bison staring at us. It’s magical, like something from a dream or a myth.

A bit like the Naliboki itself, in fact. Back in Minsk, it seems implausible that so distinct a world exists. If this trip has a problem it’s that it’s pitched as a wolf-watching holiday. Fail to see one and you might leave disappointed. Yet the Naliboki is a transformational place. Out there in mobile-free God-knows-where, days swell, and silent, inky nights thrill. To stay a while is to realise that life’s pauses are as enriching as its adventures.

There’s an email waiting for me in Minsk. It’s from Vadim – a photo from that motion-camera. I click it open. In a pretty birch clearing stand two wolves – and around them a litter of 10 gambolling cubs.

The trip was provided by Explore, whose five-day wolf-watching trip, over weekends in February, March, September, October and December, costs from £969, including flights, accommodation, transfers and guiding 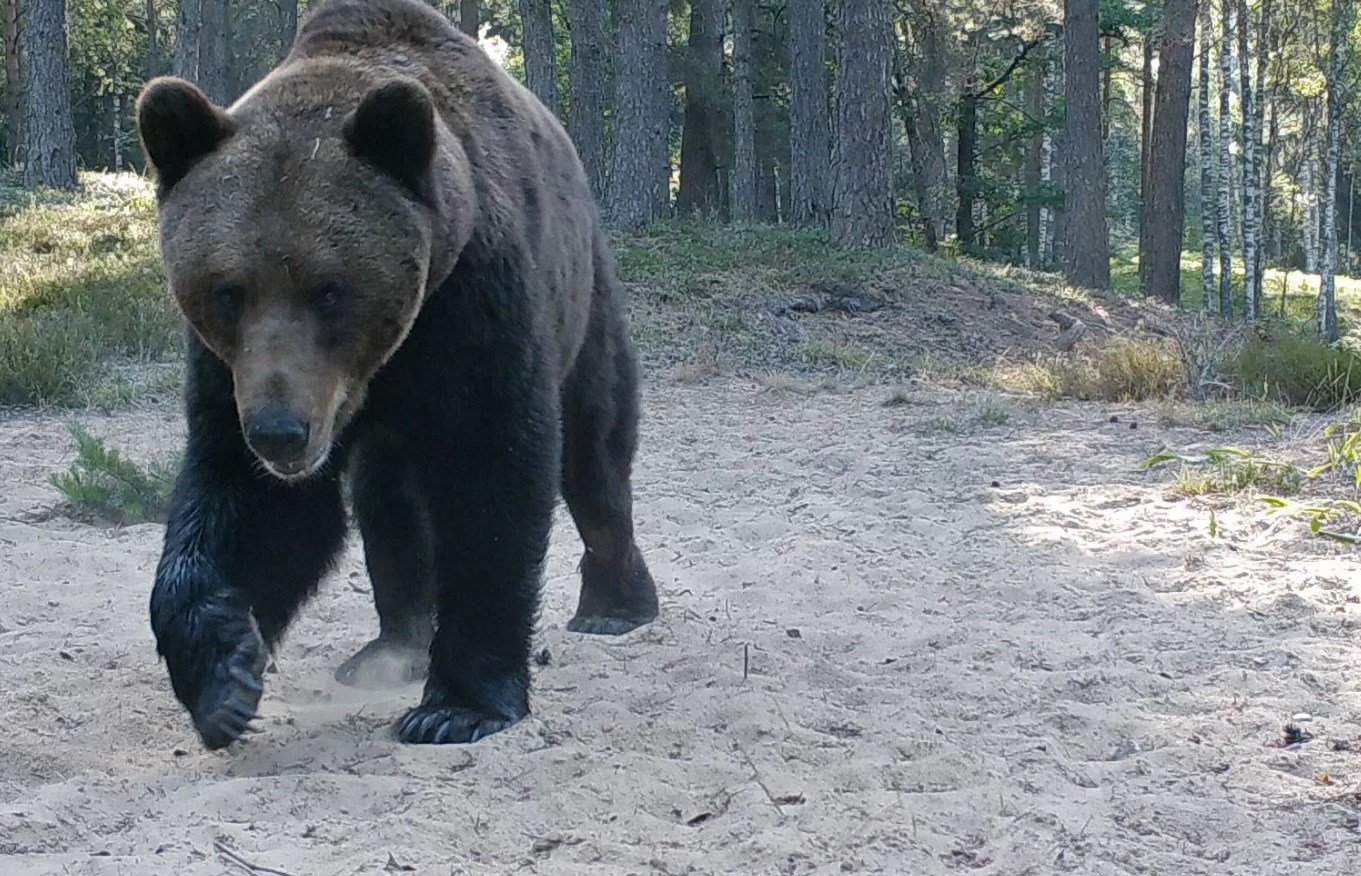 Originally published by The Guardian