This season the selection vector of the Grodno club is directed to Finland. The first road to Neman was paved by forward Timo Hiltunen.  Finn joined the team so quickly that Grodno decided not to stop, inviting three more of his compatriots: defenders Joonas Hurry, Sami Jekunen and Walteri Hietanen. The latter arrived in Grodno just a few days ago and is just getting used to the team, while the rest of the team have already made an impression of a new place of work and life. Not only Hockey.by talked about them and not only Hockey.by Sami Jekunen, who played all 13 matches in the championship for Neman and managed to score not only 4 (1+3) points, including a goal to the goal of Youth, but also a shot in the symbolic team of the week in the extra league “A”.

– How did you end up at Neman? Was the transition influenced by the fact that your compatriot Timo Hiltunen had already played here, communicated with him before the move?

– Probably, it also has affected:) I’ve known Timo for a long time, we played in the same team for juniors. Of course, when there was a variant of transition to “Neman”, I consulted him.

– What did Timo say about Belarus and Neman?

– That the championship is strong enough, and the team faces the highest challenges. I was also bribed by the management’s attitude to the legionaries. Timo said that all organizational issues are taken care of in the club, helping to get used to it.

– Googled something about the Belarusian championship and the team before moving?

– I read about the city in Wikipedia, looked at the pictures of the central streets of Grodno and the arena. According to the photo, the city left a very pleasant impression. I also studied the tournament position of “Neman”, watched highlaights and statistics of the previous season.

– How do you like it in the extra league? What do you think is the peculiarity of hockey in this championship? How different is it from the Finnish and Danish you played before?

– To be honest, I didn’t notice any colossal difference between these leagues. The only thing is that in Scandinavia we sang the anthem only before the playoffs, and in the extra league it sounds before every match.

– Which match has turned out to be the most difficult so far, which team has impressed?

– It was very difficult for me in the first matches. I did not pass the pre-season with the team, it was hard to get used to new partners. I was impressed by all the teams, I can expect a surprise from each of them.

– On Sunday you played with “Yunost”. The confrontation between Neman and this team is called the classic of Belarusian hockey. Did you feel it – in preparation, in the game itself, in the entourage?

– Yes, I have heard that these matches are fundamental, but I did not feel anything like that. We are preparing for each game in the same way, we go out only to win. The only thing is that a lot of our fans always come to Minsk.

– On Saturday you will meet again, but already in Hrodna. What are you waiting for?

– There will be a hard match between two strong opponents. We will try to win and please the fans on the home ice.

– By the way, they are rightly considered one of the best in the country. Did you manage to feel it?

– Oh, yes! They support us in every away match, and they always create a cool atmosphere at home! It bribes any hockey player very much: I want to give my best, to benefit the team, to please the fans.

– What surprised you the most in Belarusian hockey and in Belarus in general for the time you spent here?

– So far, nothing surprises me. Hockey in Belarus is at a decent level, everyone is trying to help. I feel comfortable playing in “Neman. 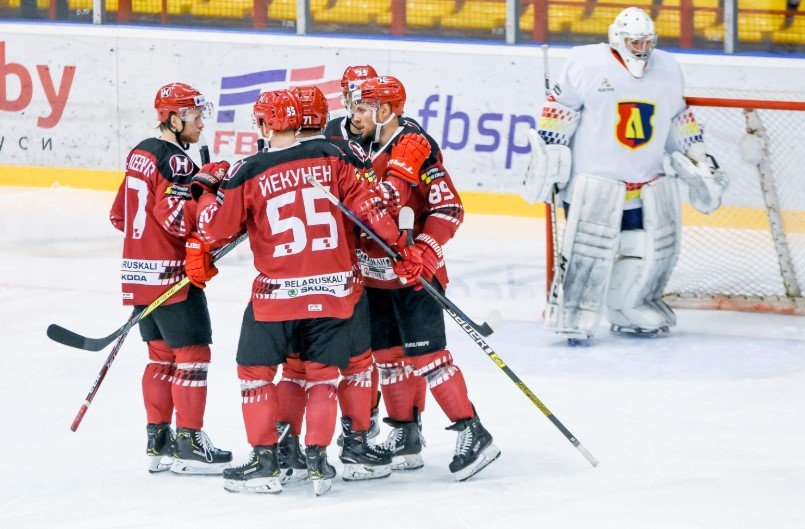 – Are there no problems in communication with partners? Do you stay in touch with the Finnish diaspora or more or less?

– Some Neman hockey players don’t know English, but most of them speak the language quite well, so I don’t have any barriers in communication on and off ice with the guys. But of course, most of the time we spend with Finnish guys. We discuss matches, talk about not hockey.

– Now another Finn has arrived in Grodno – Valtteri Hietanen. Do you know him? What can you tell us?

– I did not know him. I knew only Timo Hiltonen. But in order to understand what level of Valtteri, you can just look at his statistics. He has played in the strongest league in Finland for many years, so there is no doubt that he is a high level hockey player.

– Do you and other Finns often see each other outside the ice?

– Yes, we spend a lot of time together: walking around town, going to dinners. Now we have learned that there is a good bowling in Grodno – we are going to play sometime.

– Finland is considered one of the most expensive countries in the world, but what can you say about Belarus? For example, if you compare a dinner in a Finnish restaurant with a dinner in Hrodna?

– Life in Belarus is several times cheaper than in Finland. Speaking of restaurants, a dinner for three persons in our country will cost an average of €50. In Hrodna, such a trip will cost €20. Renting apartments in Finland is three times more expensive. I am silent about taxis: the minimum cost of a trip will cost 10 euros, and in Grodno – 1.

– How did you settle down in Belarus? Do you live with someone or alone? Maybe your favorite places have appeared in Hrodna?

– The club helped with the apartment, now I live alone. To be honest, I don’t have my favorite places yet, I haven’t got used to it in the city. I like Grodno itself. Of course, looking at the photos from the Internet, I thought that it is more. But despite the fact that it is not a metropolis, there are good shopping centers, a very beautiful pedestrian street in the center.

– Tell us a little about yourself, your family. Don’t your relatives plan to come to Belarus?

– I have a full family, I have a brother and sister. My parents want to come to me in Belarus. I hope it will work out.

– What do you like to do in your free time from hockey?

– I just like to relax at home. I like to talk to my friends I haven’t seen for a long time, to my family. I try to follow the events in the Finnish championship, regularly watch the best moments. I love to watch TV series. For example, now, in addition to the Finnish, I get acquainted with “Chernobyl” – I like it very much. 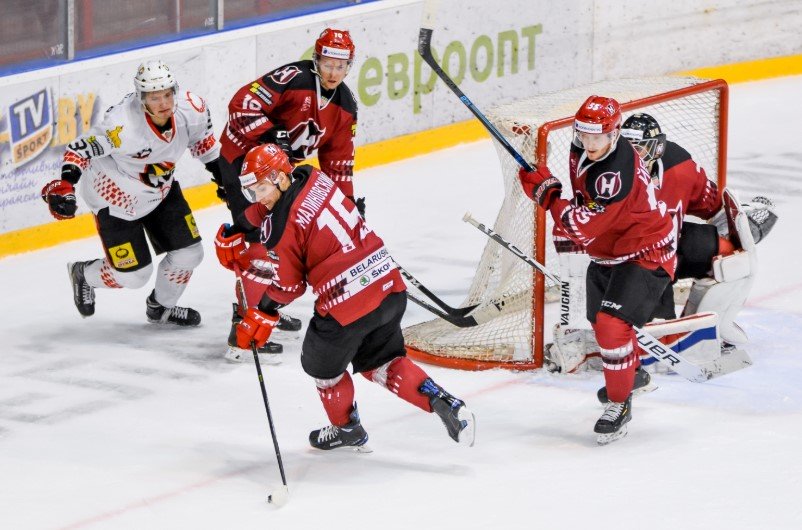 “Salaries in Belarus are low, just like prices”. Canadian hockey player tells about the life in Minsk

Marc-André Gragnani is from Canada and plays for  IHC Dinamo Minsk. By 30 years this Canadian had lived in the Czech Republic, Switzerland, the USA and Belarus. He calls Minsk is a city with great